The two beloved Apostles Our Lord nicknamed the Sons of Thunder, St. James the Greater and St. John the Evangelist, are among my biblical favorites. These two brothers are inspiring and wonderful characters in the life of Christ and His Church, and they have so much to teach us about being who we are, and becoming all we can in Christ.

First, let’s acknowledge that you don’t wind up with a nickname like “The Sons of Thunder” (Mark 3:17) without reason. It probably does not speak to being imminently agreeable, gentile, and reserved.

These two brothers likely had colorful personalities and impetuous natures. I imagine them as overly enthusiastic at times. They were men of faith who both loved God deeply and from the heart - but in a way that began as rough around the edges.

Isn’t that something all followers of Christ have in common? Just like the other Apostles, and all of us, James and John were unrepeatable human beings, with unique personalities, idiosyncrasies, gifts, human weaknesses, and wonderfully mysterious missions from the Lord.

That they were rough around the edges, perhaps prone to outbursts of emotion, even spiritually juvenile at the beginning of their calling, makes them all the more relatable and gives me hope. 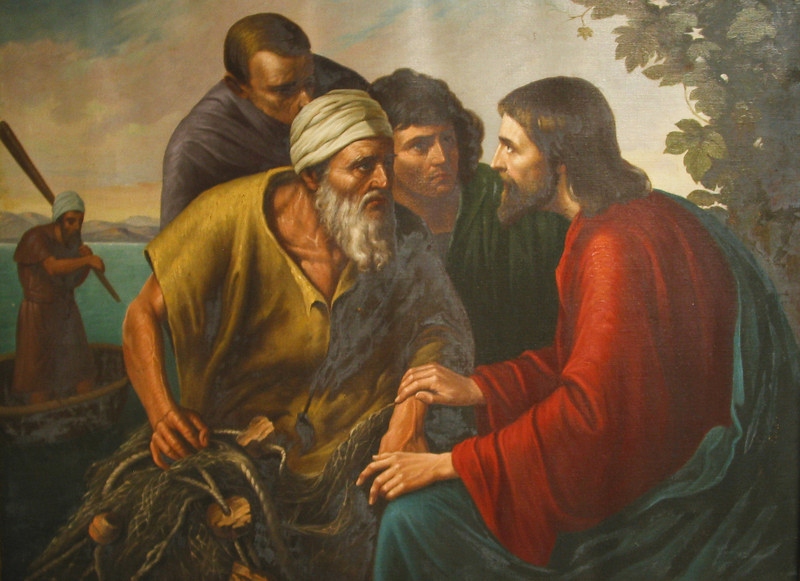 Spurred on by youth, tempestuous natures, and the thrill of being intimately connected to their long-awaited Messiah, these two simple fishermen were ready to obliterate an entire unwelcoming village with firebombs from heaven. It’s hard to imagine, and then again, in the heat of a moment...maybe it’s not!

“When the days for his being taken up were fulfilled, he resolutely determined to journey to Jerusalem, and he sent messengers ahead of him. On the way they entered a Samaritan village to prepare for his reception there, but they would not welcome him because the destination of his journey was Jerusalem.

When the disciples James and John saw this, they asked, ‘Lord, do you want us to call down fire from heaven to consume them?’ Jesus turned and rebuked them, and they journeyed to another village.” (Luke 9:51-56)

Jesus rebuked them, for the Son of Man did not come to destroy men’s lives, but to save them. Thankfully, he saved these two amazing Patriarchs, as He saves each of us - one step at a time. 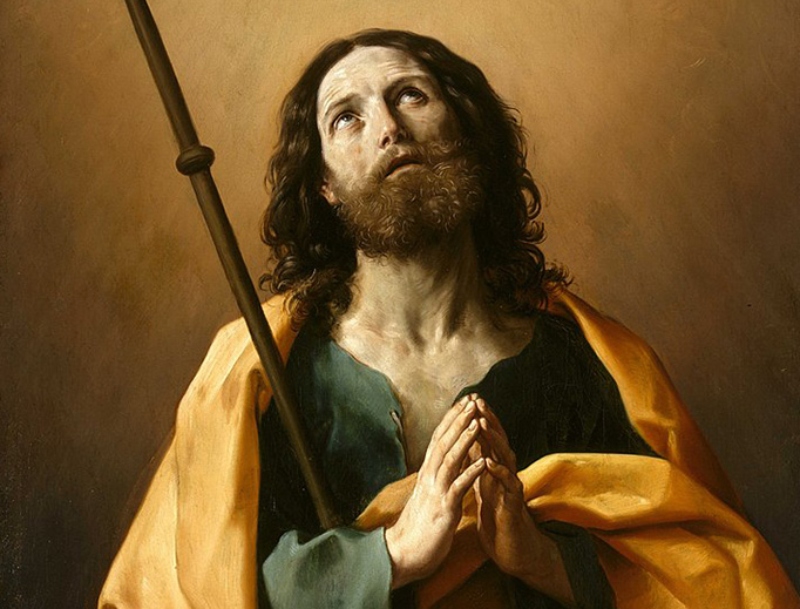 A Change of Nature

Today, many believe our identity as individuals is deeply ingrained. Science has revealed that both “nature and nurture” contribute to our identities. While this is generally undisputed, and can often lead us to losing hope that we can change our ways.

But we should not forget that the source of our being as followers of Christ has a spiritual element. This is for us the most important part of who we are. Our identity is in Christ.

As such, it is changeable. Anyone who has known the radical love of God through a conversion, and responded to that love by striving for lifelong change, can attest to this.

Yes, we have specific personality traits, many of which are deeply ingrained. We have patterns established over a lifetime, inclinations, root sins, and personal impediments, but we also have a Savior who has invited us to be born again, of water and Spirit, and who has claimed us as His own.

Through Him, we have new life. We can experience radical change. A reorienting of our priorities, our patterns, our sinful inclinations. It takes hard work and His grace to change, but His desire for us makes it possible. We Christians are continuously evolving in our lives on earth, so that we may share life in Heaven with God. What a consoling thought!

He is the True Source of our identity. We have been remade in Him.

That radical change is a journey, and often a painful one. It does not come without its setbacks and trials, but as long as we continue to aspire, the Lord can do anything with us. The Sons of Thunder are a great example. 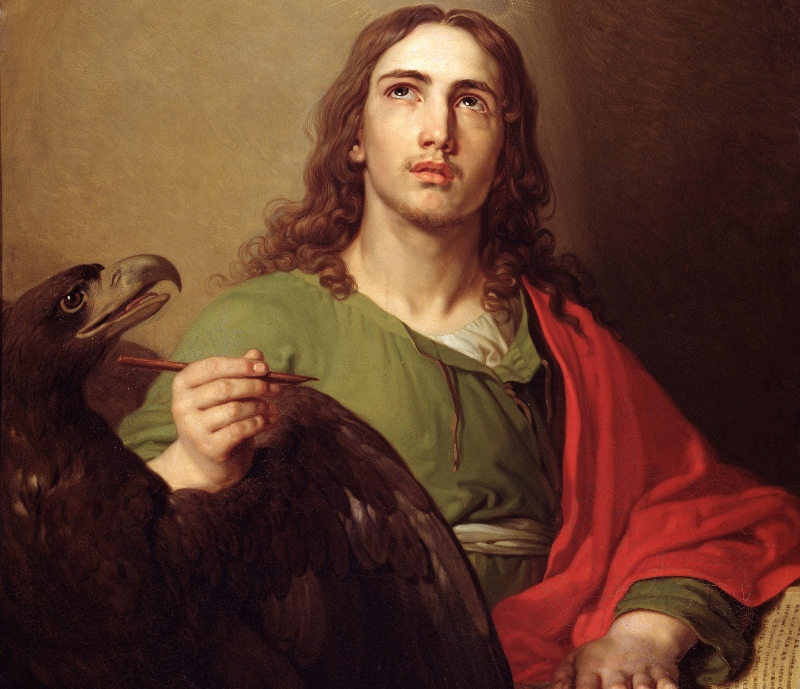 To be spiritually juvenile is not necessarily negative. It is human. By cooperating with the Lord's graces through prayer, the sacraments, Mass, and a life of virtue, we step into spiritual maturity as we deepen our relationship with Him.

As Christians, we spend our lives aspiring to be like our Master, glorifying Him with all we are and all we will become. It is not possible for us to go from being spiritually juvenile to spiritually mature without passing through stages, experiences, and setbacks.

Our spiritual advancement hinges upon these sufferings, which are opportunities for our spiritual maturation. For most of us, as we progress, we grow slowly, almost imperceptibly, into communion with Christ. We put into practice, as best we can, all that we know will help us come to be like Him.

As we move along the continuum of spiritual maturity, we recognize God working in our lives, we cooperate with that grace, and we become more spiritually mature.  We receive the gifts and fruits of the Holy Spirit to aid us in our growth, and we respond to them, so the divine inspirations continue.

To reach spiritual maturity all at once would be like trying to drink from a fire hydrant! There’s simply too much there to absorb and put into action. That’s nothing to be ashamed of, especially when we look to role models like the Sons of Thunder. 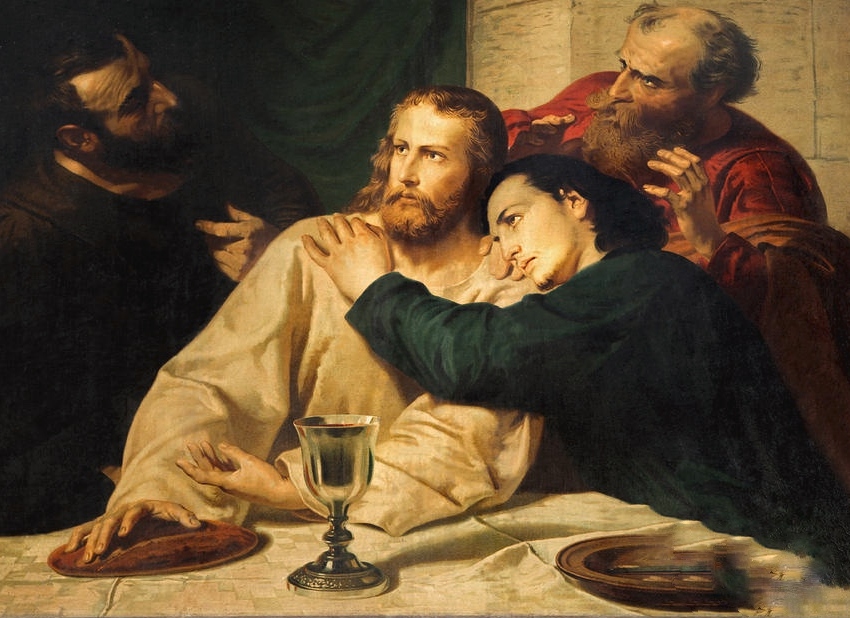 Is it contradictory, especially for John, the Beloved Disciple, who is often portrayed so serenely, to have the qualities of a Son of Thunder?

In youth these two brothers were ready to call down down fire from the sky to consume the Samaritans, like Elijah the Prophet had done in ancient times. Later in life, they brought the Light of Heaven and the Fire of the Holy Spirit to these same people and many others. What an example of change in nature and spiritual maturity in action.

While John had a sensitive and loving disposition, he was strong in character, zealous for his faith, and firmly convicted. These two aspects of his being are not conflicting, but complimentary.

The Sons of Thunder knew no compromise when it came to Christ. They were thoroughly and unquestionably loyal. The way those feelings manifested over time changed and intensified as James and John matured. No longer bubbling to the surface in the context of human emotions, they ran deeper and stronger as the brothers grew. They were guided and channeled for the Kingdom. Ideally, the same is true for each of us as we mature in Christ.

We live in an increasingly confusing world where we see Christians being persecuted in many ways, physical and otherwise. Our new natures in Christ and spiritual maturity give us the grace and strength we need to stand firm. They usher in the moral courage required to follow Christ unquestionably, like James and John.

To proceed in love is especially important. Our motivation must always be love, not judgment. With identity in Christ and spiritual maturity, we more easily recognize this important priority.

When we fully love others as our brothers and sisters in Christ, we want only what is best for them. Our desires are not of this world; they are set on the things above. Our desires for others should be oriented likewise.

There’s the rub. Those with opposing viewpoints may be unable to see it clearly. They see not love, but judgment.

The Sons of Thunder did not shrink from their mission nor their calling as Followers of Christ. They model that for us when it is difficult to stand against the tide of our time. As we adjust to the rapidly changing landscape of challenges in our day, the Sons of Thunder light the way. 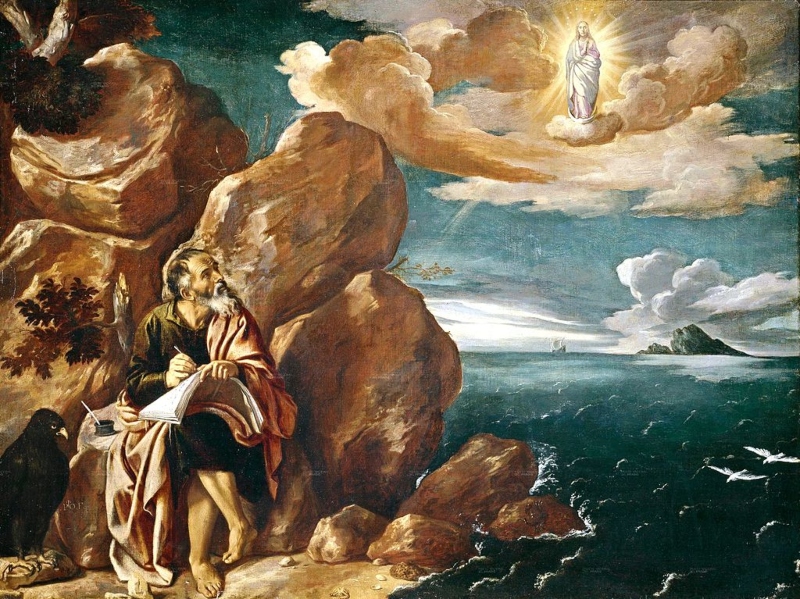 To the Hebrew people, thunder was the voice of God. It was powerful and terrifying. Though it could mean destruction, it also meant rain that caused life to flourish. Thunder still brings to mind great and mysterious strength. How appropriate for these two beloved saints, who became the voice of God, to receive the nickname Sons of Thunder.

A fiery personality under the mastery of reason and temperance - and in the service of beauty and truth - is a powerful instrument when directed properly. These same qualities, when uncontrolled or poorly directed, are a means of destruction.

Burning zeal must be tempered by prudence, maturity, and discretion. These come with spiritual growth over time. Giving James and John the nickname the Sons of Thunder, Jesus foreshadowed their roles and honored their lives. 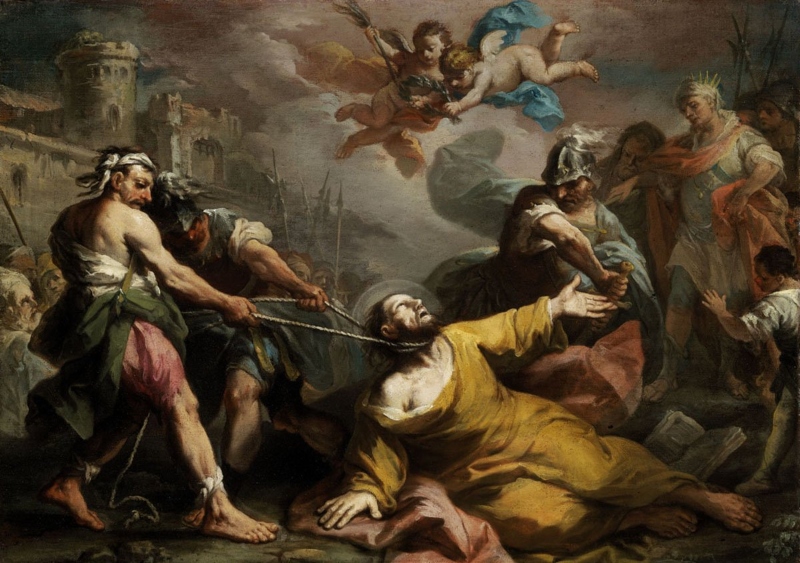 The Power of a Name

After the Ascension, James spread the Gospel across Israel and the entire Roman kingdom, spending many years preaching, teaching, and evangelizing in faraway Spain. Upon returning home, he was martyred by King Herod Agrippa I around 44 AD. He was the first of the Apostles to give His life for the Faith, and to drink from the cup of martyrdom like his Lord and Master.

John, the Beloved Disciple and Evangelist, was favored by the Lord with an increasingly intimate relationship, remained at the foot of the Cross, received Our Lady into his care during the Crucifixion, and outlived all of the other Apostles.

Exiled to the island of Patmos during Rome’s persecution of Christians by Titus Flavius, he went on to nourish the Church with his writings. He wrote the book of Revelation during his exile. His Gospel of John is one of the greatest gifts of interior contemplation, and precious insight into the life of Christ, and our lives in Him.

As the Lord already knew, these two Apostles would bring His voice to Christians throughout the ages. The Sons of Thunder live on in the Faith, and the fruits of their witness are timeless.

They are an inspiration to all of us who deeply desire to be made new in Christ, aspire to spiritual maturity, and seek the courage to follow Him - no matter the cost. They reveal the best of our humanity, and the many ways in which God recreates us if we are open to His grace and focused on His designs for our lives.

These two great Apostles are a reminder that we are eminently human, but we need not be discouraged, because we are also eminently His.

Sts. James the Greater and John the Beloved, pray for us!