It is easy to succumb to fear and anxiety in our current times. Yet it is important to remember that God has never failed us—and He never will.

He told us: "Remember: regardless of what happens in this world, God is in control; God is sovereign...and that's why we must have hope. Rather than being anxious, we must put our energy into being ready for Christ...We must live as faithful and courageous Catholics, ever prepared to meet Christ and ever confident in both His mercy and His omnipotence."

Fr. Reid gave me permission to share his full homily here. Feel free to share it with others so that they, too, can be encouraged!

Homily on Trusting in God, Our Sovereign King

Our first reading, which speaks of the glory of wisdom, calls to my mind the glory and greatness of the Hagia Sophia, the famed church of Istanbul whose name means “Holy Wisdom.” Sadly, this past July, the Hagia Sophia was converted once again into a mosque. For the past eighty plus years it’s been serving as a museum, but the president of Turkey changed all of that with the stroke of a pen. Keep in mind that the Hagia Sophia, which was built as a church dedicated to Jesus Christ, was the cathedral of the Eastern Roman Empire for 1,000 years.

The current building was built in a mere five years from 532-537 A.D., and at its opening was immediately hailed as a masterpiece of architecture. If you’ve been there, you know it’s truly a stunning, singular building—created to be like Heaven on earth. During its time, it was not only the largest but also the most magnificent church in all of Christendom. Yet that all changed in 1453 when the Ottoman Turks sacked Constantinople and the Byzantine Empire came to a bloody end.

Once the Turks had killed the last Byzantine Emperor, Constantine XI, as he was defending the city gates, they rushed into the city and stormed the great cathedral, killing and raping the Christians who were there praying for help. Once the Turks had taken the cathedral and desecrated it, the leader of the Ottoman Turks declared that the Hagia Sophia would become the primary mosque of his empire. The Hagia Sophia's magnificent mosaics and other artwork were covered over in plaster, and all the furnishings necessary for Muslim rituals were installed.

In this way, Christendom’s greatest architectural treasure was sacked, looted, defaced, and forcibly made into something she was never meant to be. It was a devastating loss. The Hagia Sophia continued as a mosque until the end of the Ottoman Sultanate in 1922. When Turkey was established as a republic, the famed church-turned-mosque was made into a museum in 1934 by Mustafa Ataturk, and its artwork was revealed once again.

Yet now that it’s back to being a mosque, we may ask how God could allow Constantinople—the second city of Christendom—to fall and Christendom’s most magnificent temple to be so defiled. Why would a good God allow such a travesty? Yes, empires rise and fall, and the cultural artifacts of empires, like their buildings and artwork, are destroyed or otherwise repurposed, but the Hagia Sophia is a little different. It was a place that, for 1,000 years, served as a most magnificent earthly dwelling place for our Lord—a place symbolizing the glory and power of both Christendom and the Byzantine Empire. Did not our Lord love it and afford it His protection, then, in a special way?

When the Ottoman Turks invaded it that day in 1453, it was filled with Christians praying fervently for the city’s deliverance. Yet in spite of their prayers, those poor Christians were mercilessly slaughtered. Why did God ignore their prayers?

The Siege of Constantinople, attributed to Philippe de Mazerolles


This isn’t an easy question to answer as we cannot know the mind of God, nor can we ever hope to grasp His holy wisdom. Yet with thousands of years of salvation history behind us, we can certainly look to past events like this to learn how to deal with the misfortunes of today.

Looking at Judeo-Christian history, what we know is that God allows this type of suffering to befall His people in order to reprove them, chastise them, and ultimately draw them closer to Himself. That is the recurrent story of God’s Chosen People in the Old Testament. The tragedies that God allows are often a punishment for a lack of obedience and faithfulness, and thus always a summons to greater faithfulness. You see, in His unsurpassed wisdom, God allows weeds and wheat to grow together. And He does this so that the wheat may be purified and made to realize its utter dependance on God’s grace.

The simple fact of the matter is that this life doesn’t always work out as we think it should, even when we pray and fast for something that reason tells us must be God’s explicit will. For who can really know the mind of God?

It’s important that we never allow ourselves to be overly concerned about earthly matters. Rather, we must keep our eyes on Christ, trusting Him no matter what, and keep our hopes focused not on this world, but on the world to come.

Remember: regardless of what happens in this world, God is in control; God is sovereign.

And if we are to be His dear children, then we must learn to put our full trust in Him, never faltering in faith when something terrible befalls us, or when things don’t go our way.

As Christians we know that in this life, we will have suffering. Suffering is absolutely integral to living an authentically Christian life. We cannot hope to be other Christs out in the world if we’re not willing to carry crosses. So we must embrace our crosses. Furthermore, we know, too, that those who persist unto death as enemies of the Cross of Christ will suffer eternal destruction. For the cross is our means of salvation; there is no other way to Heaven than up the steep and rocky hill of Calvary.

Be of good hope, my dear brothers and sisters: a life of carrying the cross is not a life without joy or hope. To the contrary, the saints show us that God grants to those who embrace their crosses great joy and hope.

Moreover, we know that, even when it seems that all is lost, God can bring about a great miracle or victory. Think of the stories of those Jesus raised from the dead: Lazarus, the son of the Widow of Nain, and Jairus’ daughter. In all of these stories, someone’s despair was turned miraculously to joy in an instant by Christ. For with God all things are possible. All things! And that’s why we must have hope.

No doubt many of us are anxious about the outcome of this week’s election, and we may rightfully fear for the future of our country. Yet be of good cheer, my friends. 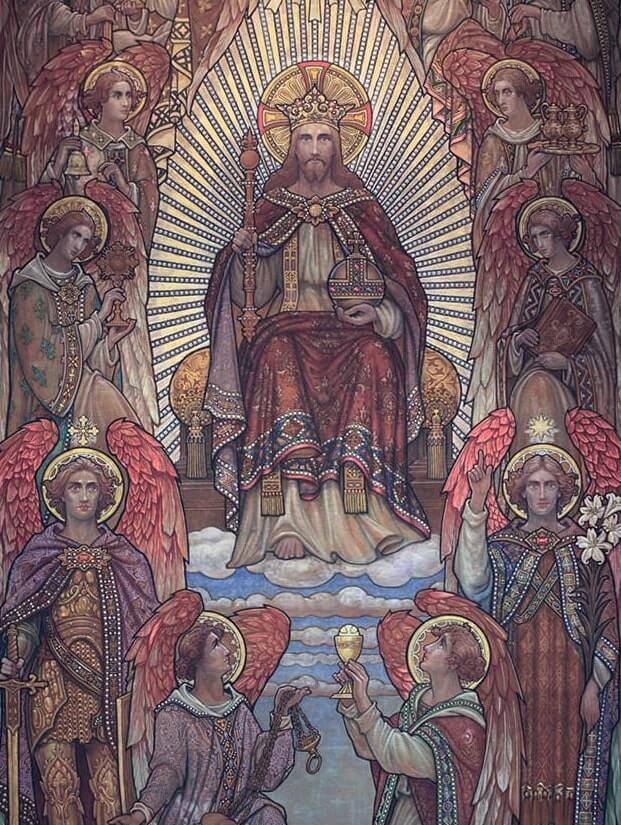 Rather than being anxious, we must put our energy into being ready for Christ. Like the five wise virgins who, with trimmed lamps filled with oil were ready for the Bridegroom’s return, we must live as faithful and courageous Catholics, ever prepared to meet Christ, and ever confident in both His mercy and His omnipotence.

And we must continue to be vigilant in prayer. While we do not know what the future holds for us and what suffering it may bring, we do know that Christ is King, that He is our sovereign Lord, and that even if He should allow us to suffer greatly, ultimately it will be for our good. 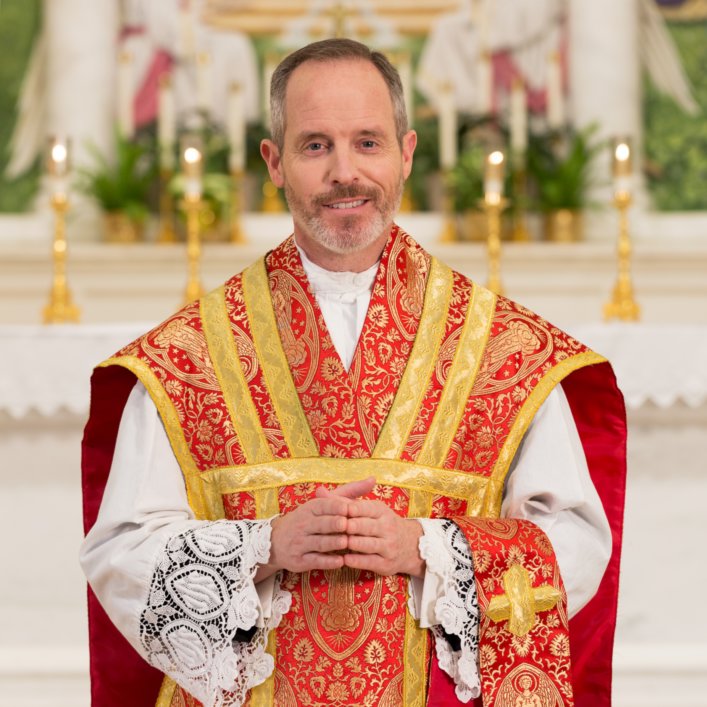 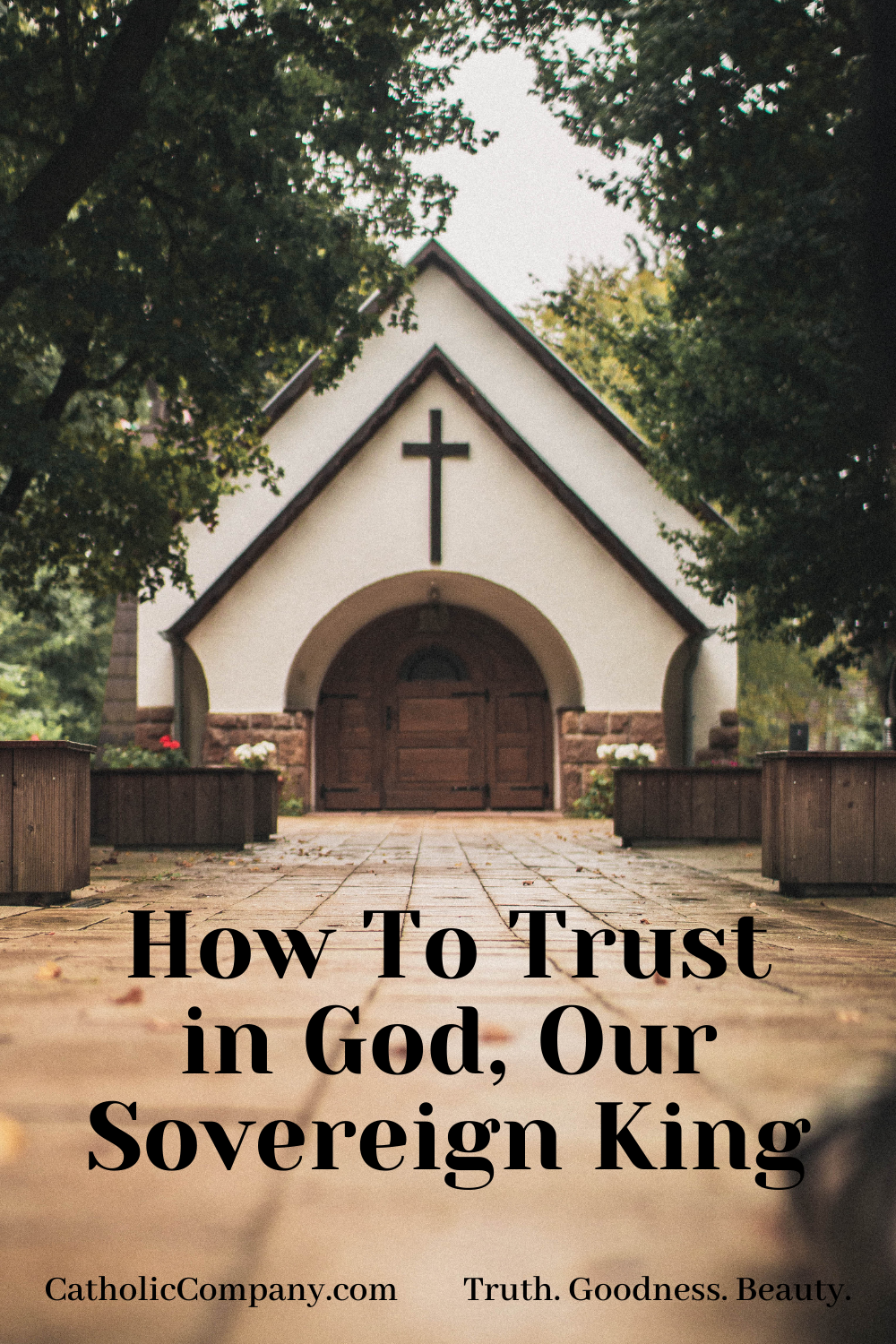