The Kneeling Santa—images of Santa Claus kneeling before the Baby Jesus—continues to be a best-selling Christmas  figure every year.

The Kneeling Santa was made popular by Christians who want to harmonize the love children have for Santa Claus (the popular rendition of the historic St. Nicholas, the patron saint of children) with the true meaning of the Advent and Christmas season—the birth of the world's savior, Jesus Christ.

The Kneeling Santa image get its creativity from the Catholic Bible verse we all know and love from Philippians 2:10:

“…at the name of Jesus every knee should bend, of those in heaven and on earth and under the earth, and every tongue confess that Jesus Christ is Lord.”

Even Santa Claus pays respect and homage to the Baby Jesus as he removes his Santa hat, bends down on one knee, and adores the Christ Child as his newborn King and Savior. The gentle lamb lying next to the creche calls to mind Jesus' future sacrifice, the purpose for which he came into the world. 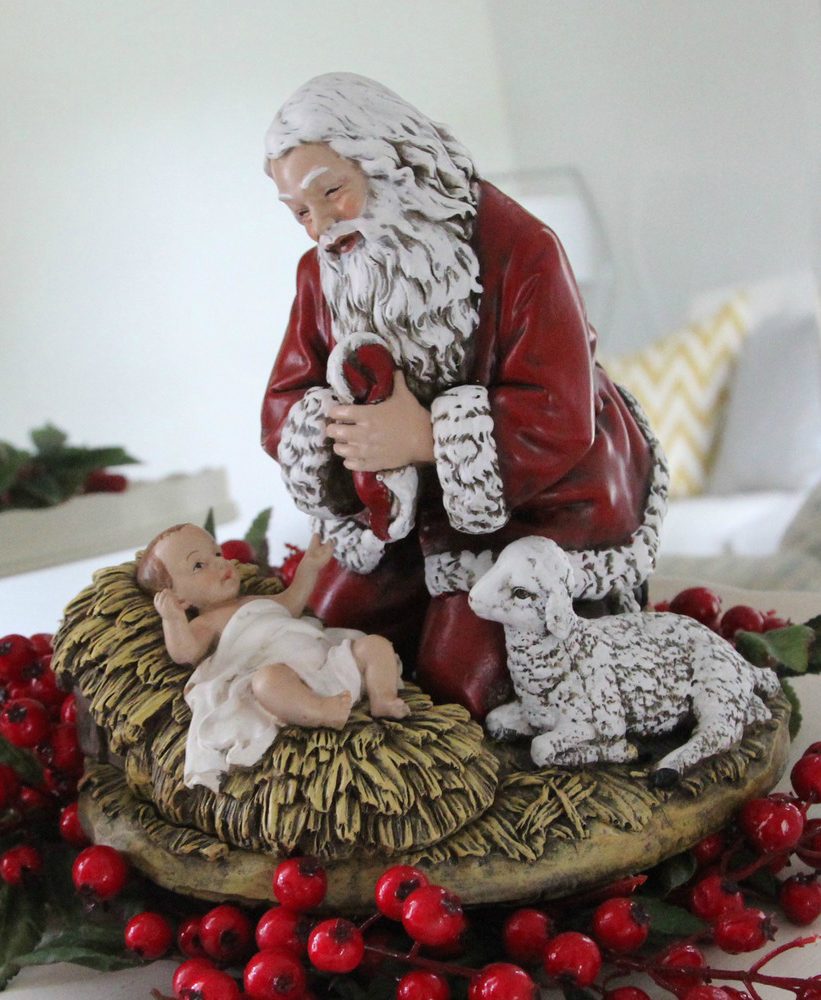 If you're looking for that combination of American culture and tradition without sacrificing deeper religious reverence, the Kneeling Santa collection is for you.

Kneeling Santa gifts also make simple yet thoughtful gift ideas for family acquaintances such as teachers, bus drivers, and family doctors. The inspiration behind these products make them a special gift that can be treasured year after year, and are truly a wonderful reminder to keep Jesus at the center of the season. 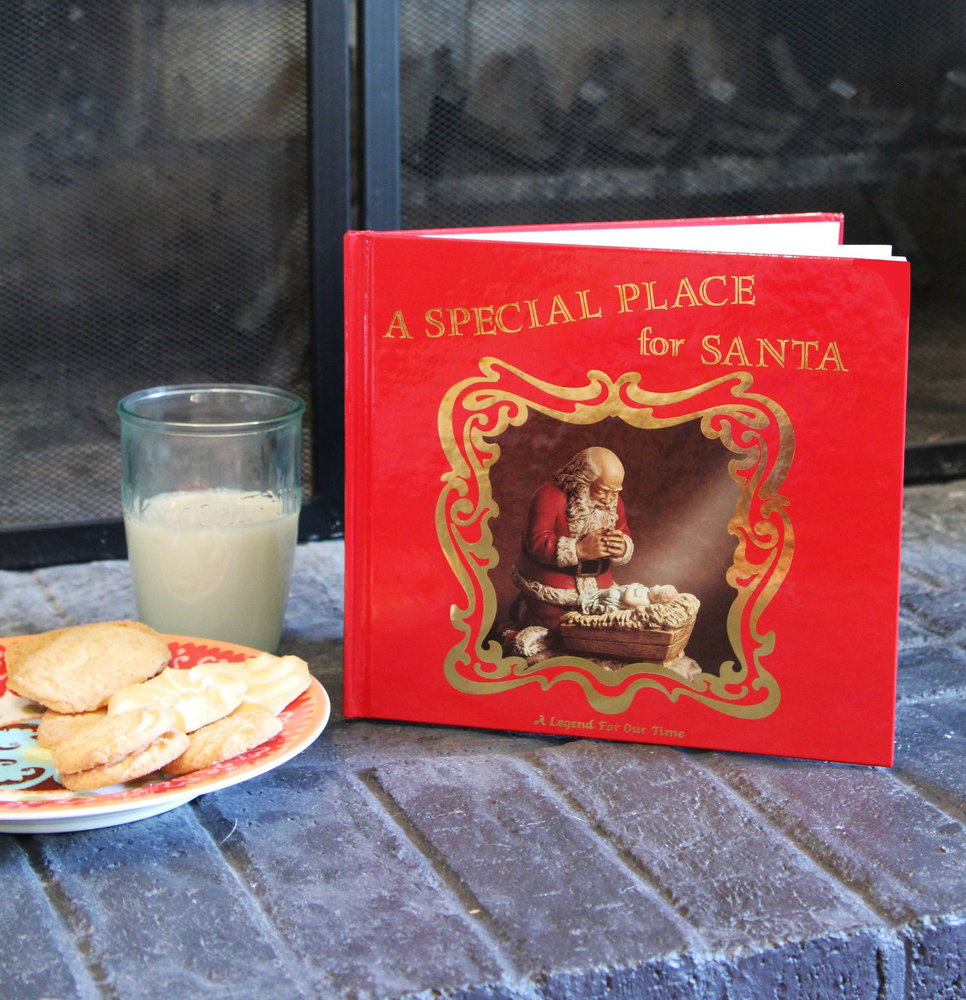 In addition to the collectible ornaments, statues, and domes there is also a very popular children's book entitled A Special Place for Santa.  This Christmas book is a best-seller because it does a great job of  explaining the tradition of Santa Claus to a young child while also including the story of St. Nicholas and his original "Christmas gifts" to those in need.  The book tells how St. Nicholas became “Santa” and of  St. Nick's gift-giving tradition on Christmas morning.

Whether you are looking for a special gift for an adult or for a child, or a religious-centered Christmas decoration for the home, the Kneeling Santa Christmas gift collection has something for everyone! 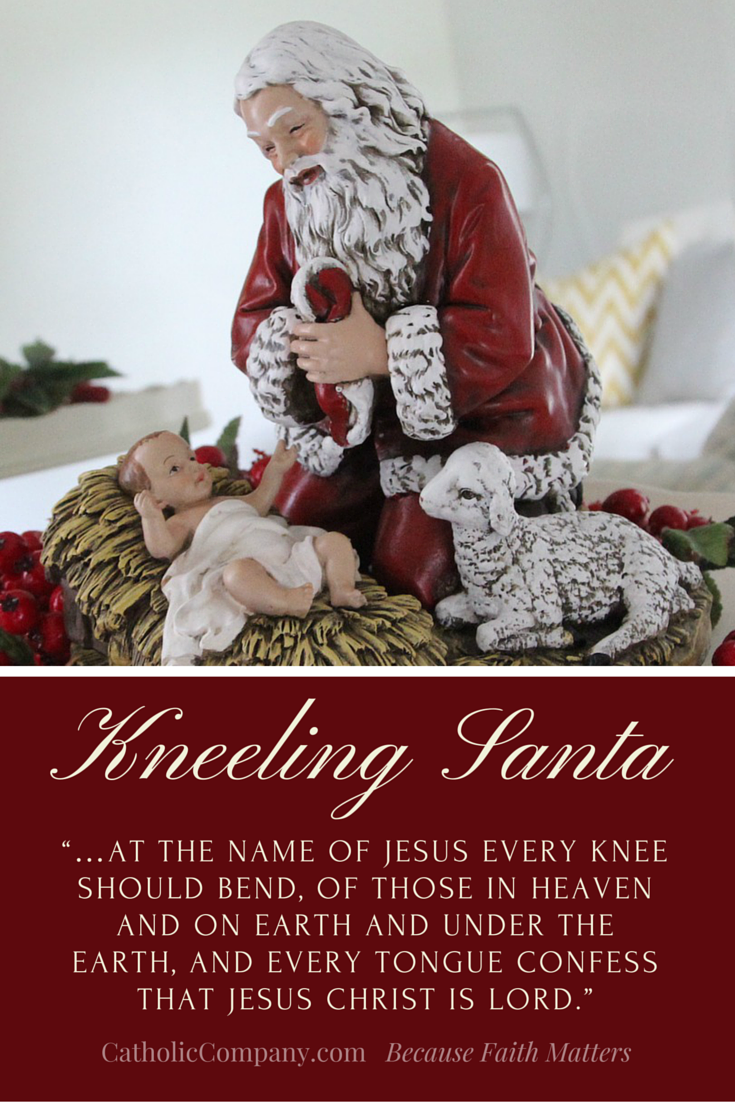