2017 marks the 100th anniversary of the apparitions of the Blessed Virgin Mary to three Portuguese shepherd children in Fatima, Portugal, in 1917. Because this Marian apparition was an incredibly important event in the history of the Church, it is a cause for great celebration.

The little seers were marked by holiness, and were being sought out for prayers and healing both during and after the six visits of Our Lady to the Cova da Iria. Francisco and Jacinta died not long after the apparitions, while Lucia died in 2005. During this centenary year of Our Lady of Fatima news has been announced regarding the progress of their paths to sainthood.

Read next What Happened to Francisco & Jacinta Marto After Fatima

Sister Lucia Santos died in 2005 at the age of 97. The cause for her canonization was advanced soon after her death, ultimately producing over fifty volumes of documentation on her extraordinary life of heroic virtue.

In February 2017 it was announced that the initial investigation phase has officially been completed. The information was then passed on to the Vatican's Congregation for the Causes of Saints for review. If approved to move forward, the next step is for two miracles to be authenticated as being attributed to Sr. Lucia's intercession; one for her beatification, and one for her canonization. It is soon time for the faithful to ask Sr. Lucia to intercede for them in order to obtain the miraculous cures needed for her canonization! Read more here.

Francisco and Jacinta Marto, who died in 1919 and 1920, respectively, were beatified by Pope St. John Paul in 2000. In March 2017 Pope Francis approved the second and final miracle needed for their canonization. There has been much speculation and great hope that Pope Francis will canonize the siblings together during his trip to Fatima to mark the centenary anniversary of the Marian apparitions.

It has just been announced that the last phase of the children's cause has met with final approval, and the Holy Father will indeed canonize Francisco and Jacinto in Fatima on May 13, 2017, making them the youngest non-martyred children in history to be canonized by the Catholic Church. Read more here.

Celebrate the 100th anniversary of Our Lady of Fatima by learning more about the apparitions and the messages to the three children, messages which were meant for our modern world and confirmed by a public miracle of biblical proportions—the Miracle of the Sun.

Sign up for a 30-day content series diving into the history and meaning behind the Fatima apparitions, a new service brought to you by The Catholic Company, here. It begins May 13th, on the 100th anniversary of Our Lady of Fatima. Sign up today! 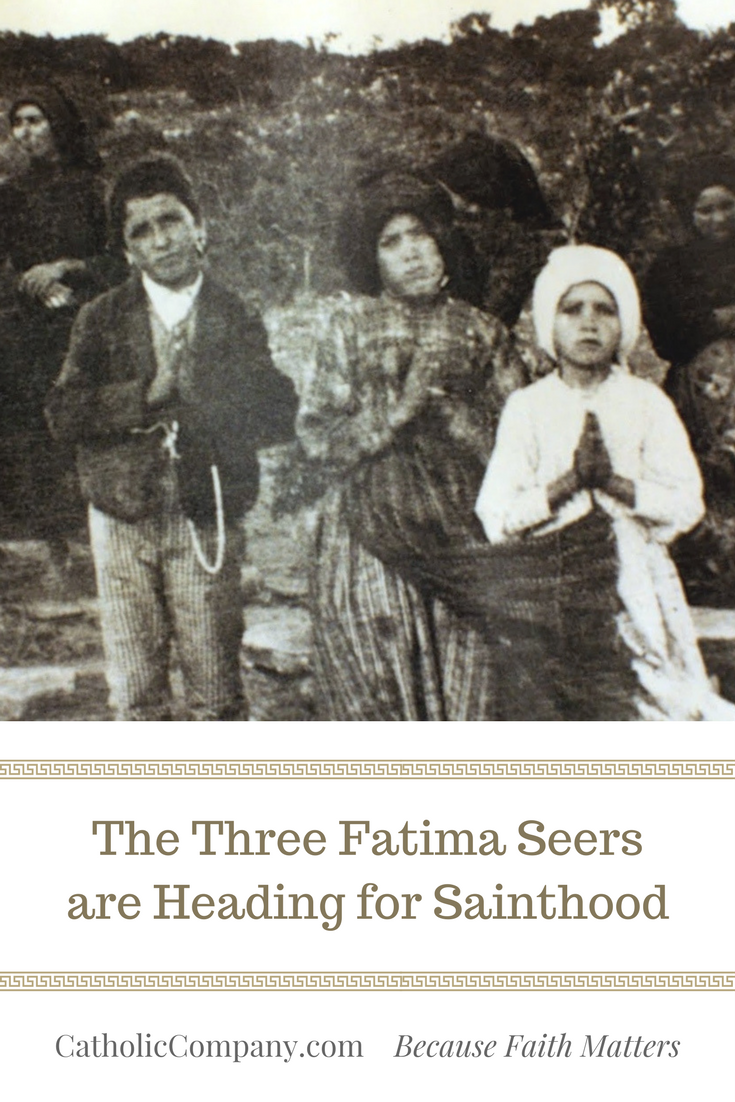