May 15 is the feast day of St. Dymphna, a young woman of great courage. She is the patroness of the mentally and emotionally ill and other nervous disorders.  How did this come to pass?  Read the incredible and heart-wrenching story of St. Dymphna below.

THE STORY OF ST. DYMPHNA

Saint Dymphna was born in 7th century Ireland to a pagan Irish chieftain named Damon and a beautiful Christian woman. Dymphna's mother imparted the Christian faith to her daughter and had her secretly baptized against her father’s wishes.

Her mother tragically died while St. Dymphna was only a teenager.  Her father, who loved his wife deeply, was driven to madness by her death.  Delusion and mental illness overcame him and he eventually sought to marry his daughter because she reminded him of his departed wife.

St. Dymphna, a devout Christian girl, refused to do such a wicked thing as marry her father.  She resisted her father's advances and courageously fled Ireland with her confessor, St. Gerebernus, and a couple of servants into Belgium.

Her father was relentless in his mad pursuit of Dymphna and followed them into Belgium. When he eventually discovered their location he ordered his men to kill St. Gerebernus and the other servants. He then attempted to convince St. Dymphna to come back to Ireland with him and be his wife. Again she courageously refused. In a fit of rage he beheaded her, his own daughter, in Belgium. According to tradition she was only 15 years old when she died. 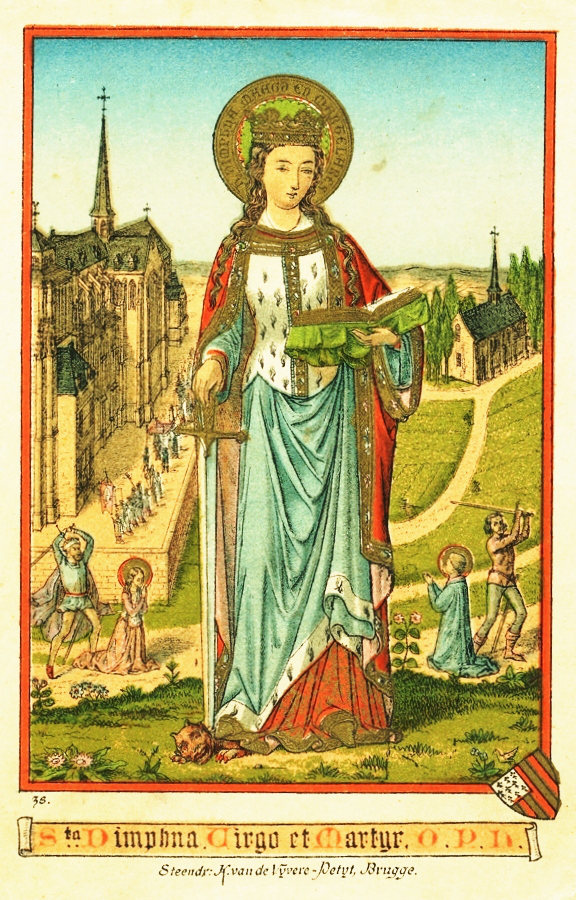 God, as always, uses circumstances surrounding the death of his saints to bring about good.  After St. Dymphna's tragic murder, those suffering from mental or emotional illness would come to the site of her death and receive miraculous healing.  Later an infirmary was built over the site where she died and many miracles were reported there as well.

St. Dymphna’s story should give all of us courage and strength, especially that through her God has provided a powerful patroness for those suffering from mental and emotional disorders.

If you have loved ones suffering from mental or emotional illness then I encourage you to invoke St. Dymphna.  You can find St. Dymphna devotional gifts here.

Have you or a loved one benefited from the intercession of St. Dymphna? If so, please share with our readers in the comments below. 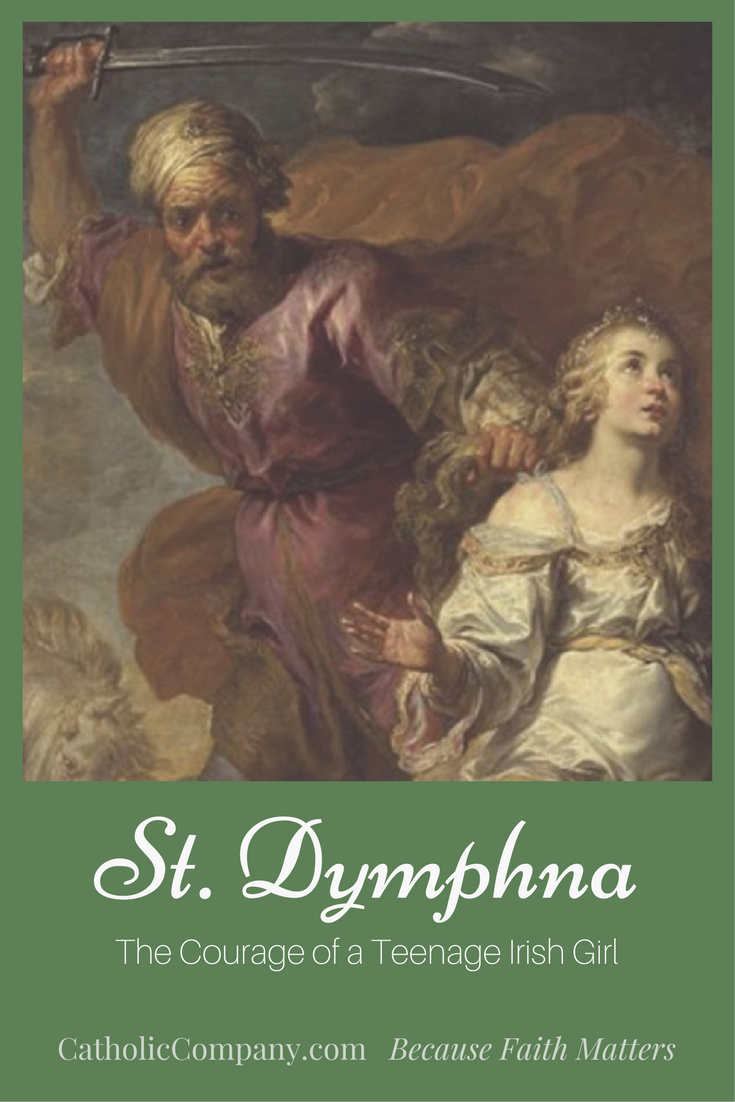 This article has been updated and was originally published in May 2013. © The Catholic Company. All rights reserved.