The original tilma of St. Juan Diego, which is on display the basilica, has been subjected to scientific testing to prove its miraculous authenticity. 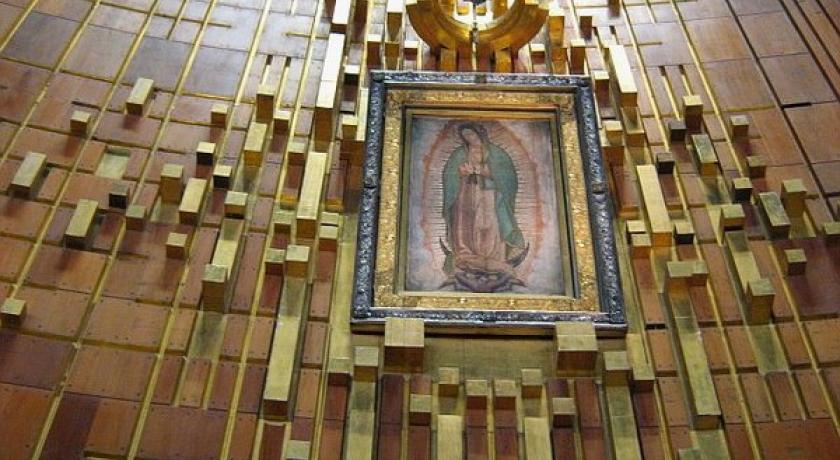 St. Juan Diego's original tilma as it hangs today in the Basilica of Our Lady of Guadalupe in Mexico City

This Marian apparition is like no other. What makes it truly captivating is the fact that the image of Our Lady of Guadalupe appears to defy scientific explanation.

For instance, there is no undersketch, and an examination has revealed that there are no brush strokes. In addition, the origination of the coloring has not yet been discovered by scientists.

Here are a few interesting facts about the Our Lady of Guadalupe image:

MORE RESOURCES ON THE MIRACULOUS IMAGE

Here is a video presentation which further explains the many miraculous features and occurrences surrounding the Guadalupe image:

The Knights of Columbus have great resources on the miraculous image of Our Lady of Guadalupe, to whom they have a special devotion. Visit their interactive website: Secrets of the Guadalupe Image.

You can also discover the whole story of the Blessed Virgin Mary's appearance to St. Juan Diego here.

Would you like to learn how to celebrate Our Lady of Guadalupe's feast day with family and friends? There is a post here that gives you ideas for honoring this Marian feast!