This blog is the final installment of a two part series. Click here to read “Top 10 American Catholic Authors: Part 1”.  You do not have to read Part 1 in order to learn and enjoy Part 2.  Part 1 features who I consider to be the top 5 American Catholic authors.  They are: Flannery O’Connor, Venerable Fulton J. Sheen, Thomas Merton, Walker Percy, and Peter Kreeft in descending order.

Here is the second half of my list of who I consider to be the top 10 American Catholic Authors. These authors have written some of the best Catholic books to date.

Some of you might be disappointed to see Dr. Scott Hahn in sixth place, I will assure you that it was tough to figure out 5th and 6th place.  Dr. Scott Hahn is a convert to the faith, like Dr. Peter Kreeft.  He has written 13 books and has co-written two with his wife, Kimberly Hahn.  Dr. Scott Hahn is one of the most popular American apologists.  He is a professor at Franciscan University of Steubenville and has given over 800 talks around the world.  Some of his best books include The Lamb’s Supper: The Mass as Heaven on Earth and Rome Sweet Home.  Shop Scott Hahn books and more.

Carl A. Anderson is very unique Catholic author.  Granted he has only written one book and has co-authored a few.  The one book he has written, A Civilization of Love: What Every Catholic Can Do to Transform the World, is a New York Times Bestseller.  From what I can gather, he might be the only Catholic author to write a New York Times Bestseller.  It seems that many hold this book to be a great read.  Furthermore, he is currently the Supreme Knight of the world’s largest Catholic family fraternal service organization, aka The Knights of Columbus.  I am a 3rd Degree Knight Of Columbus, so I’ll admit I’m a little biased.

“Today we will still have to ask, is the right to life to be dependent on one’s economic utility, or upon being “wanted” by someone or something? Does each of us have a value that is intrinsic, or is it provisional? Can it be taken away by someone else’s fiat?” 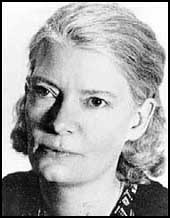 Dorothy might be the most controversial American Catholic woman to have ever lived.  She was openly un-American, pro-communism, and anarchist.  Although I cannot agree with some of her social beliefs, her love for the poor and destitute is supremely admirable.  Her life was so beautiful and inspiring that she has been proposed for sainthood and her cause was opened by then Pope John Paul II.  I have heard from many that her autobiography The Long Loneliness is very moving.  She is a convert to Roman Catholicism and helped publish The Catholic Worker, a popular magazine during the Great Depression which promoted Catholic social teaching.

“I have long since come to believe that people never mean half of what they say, and that it is best to disregard their talk and judge only their actions.”

Many of you are probably familiar with this author through his popular biography of Blessed Pope John Paul II, Witness to Hope.  Did you know that George Weigel is also the author of 15 other books and has received nine honorary doctorates?  Most of George Weigel’s writing engages issues of both religion, culture, and politics.  In my opinion, George Weigel is one of the strongest defenders of religious liberty and inter-religious dialogue.  You can also find George Weigel in First Things, an ecumenical magazine which focuses on promoting religiously informed public philosophy for the ordering of society.

“Optimism and pessimism are mere matters of optics, of how you look at things, and that can change from day to day, or with a new prescription for your glasses — or with a new set of ideological filters.”

Kimberly Hahn is the wife of Dr. Scott Hahn, #6 on this list.  Kimberly Hahn is not on this list because of her husband.  Well I suppose you could say she is somewhat as she has written two books with him.  She is also a powerful Catholic apologetic and convert to the faith.  She primarily writes and speaks on Catholicism, feminism, and contraception internationally.  On top of all of her speaking engagements and writing, she homeschools her six children.  Clearly she is quite the busy and balanced woman.  I have never personally read any of her works or heard any of her talks, but I hear she is simply profound.  Shop Kimberly Hahn books and more.

“A good wife is a godly wife, one who loves the Lord. She understands her sense of worth based on the Lord who made her and who redeems her. Through her godly fear of the Lord, her highest priorities are to love and serve the Lord though her vocation.”

My top 10 list is complete! How do you like it?  I am very glad I wrote this series.  It certainly led me to adding quite a few books to my “Books I Need to Read” list.  That list simply refuses to get shorter.  Anyhow, I hope that you have enjoyed reading this series as much as I have enjoyed writing it.  Now get to reading!  Who would you include on this list that I didn’t? Which one of these authors is your favorite?