Steep yourselves in the meaning of these Advent days. And above all, pay heed to him who is approaching; think whence he comes and whither it is he advances; consider his purpose in coming, the ripeness of the times, the route he may choose for his approach...The Universal Church would not celebrate this Advent time with such solemnity of devotion did it not contain within it some great mystery.
—St. Bernard of Clairvaux

Christmas, that most wonderful time of year, is always preceded by Advent. As the first season in the liturgical year, most of us know that Advent is a time of anticipation and waiting for the birth of Christ. But many might not be aware that the season of Advent has often been called a "Little Lent." Why is this so?

It is not difficult to see the beauty of the the birth of Christ in the sweet manger scene, where the Infant is wrapped in swaddling clothes and adored by Mary and Joseph. Yet, in truth, we are not naive witnesses to this scene. We all know that there is a scene to come—one that involves the Way of the Cross and the Crucifixion. This reality is very close to the reality of Christmas. Indeed, it is what makes the original nativity scene so poignant.

As comfortable as it might be to parse out our celebrations and keep our holiday sentimentals in their own clearly labeled boxes, we cannot keep Bethlehem and Golgotha apart without losing what Christmas really is. There’s a place for focusing on the stable, the shepherds, and the wonder of the incarnation, but to appreciate the depth of what is happening here, we must keep Calvary’s hill on the horizon.
—David Mathis, DesiringGod.org 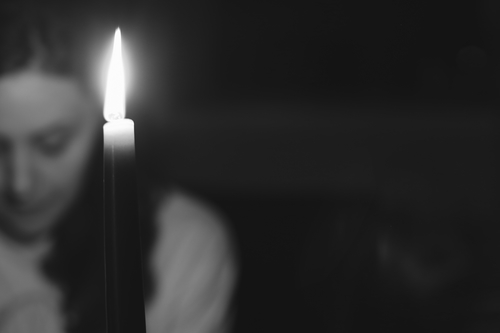 One reason why Advent has been called a little Lent is that, like Lent, it is a penitential season. Advent used to be forty days but was formalized to four weeks in the 9th century, which is why we now have the four Sundays of Advent. The Mass itself assumes a more somber tone during Advent. The priests wear violet vestments, as they do during Lent, since purple is the liturgical color that signifies an attitude of repentance and sorrow for sin.

The Gloria is also removed from the beginning of Mass during Advent, just as it is during Lent.

According to the great liturgist Reverend Dom Gueranger, "This glorious song was sung at Bethlehem over the crib of the divine Babe," but during Advent "The tongues of the angels are not loosened yet; the Virgin has not brought forth her divine Treasure; it is not time to sing 'Glory be to God in the highest, and peace on earth to men of good will.'"
—Good Catholic: Great Advent

Unlike Lent, the penitential observances of Advent always have a festive character to them, which is why we retain the Alleluia during Advent, but not during Lent:

After all, what ultimately distinguishes Advent from Lent is this: Advent has no Passion Week. Advent is both somber and festive because we are anticipating not suffering and death but rather the birth of a Child, which is always a joyful occasion. This Child is our long-awaited Messiah, the One who is coming to save us from the sins we are sorrowing over.
—Good Catholic: Great Advent

A Season of Preparation

Both Advent and Lent are seasons of preparation. We prepare for the coming of the Savior in Advent (both commemorating His birth and looking forward to His second coming at the end of time) and we prepare for His passion, death, and resurrection in Lent. Lent and Advent are distinct from Easter and Christmas, even though they prepare us for them. Just as Easter does not begin until after nightfall on Holy Saturday (the beginning of the Easter vigil), Christmas doesn't actually begin until the first Mass is celebrated on Christmas Eve, which is when we officially enter the beautiful season of Christmas and Christmastide.

In our current culture, we are tempted to skip over the penitential aspects of Advent and focus on the joy of Christmas. This is a great tragedy. Focusing only on the joy denies a crucially important truth: that the Christ Child is our Lord and Savior, who will suffer and and die for our salvation.

But you cannot just walk into such a blaze of glory without preparation, to be ready for that sharp sweet moment when an Infant's cry cut the night "a moment's fall, the last we should know of loneliness." You must creep up to it, think about it, count the days, watch the signs and prepare. And folly though it seems in a world where all value is counted in material things, a child can never know the whole ecstasy of Christmas unless he knows its meaning; unless he takes its meaning into his own two hands and examines it closely and finds its mystery for himself. It must be made of his own experience and delight and love.
—Mary Reed Newland in The Year and Our Children 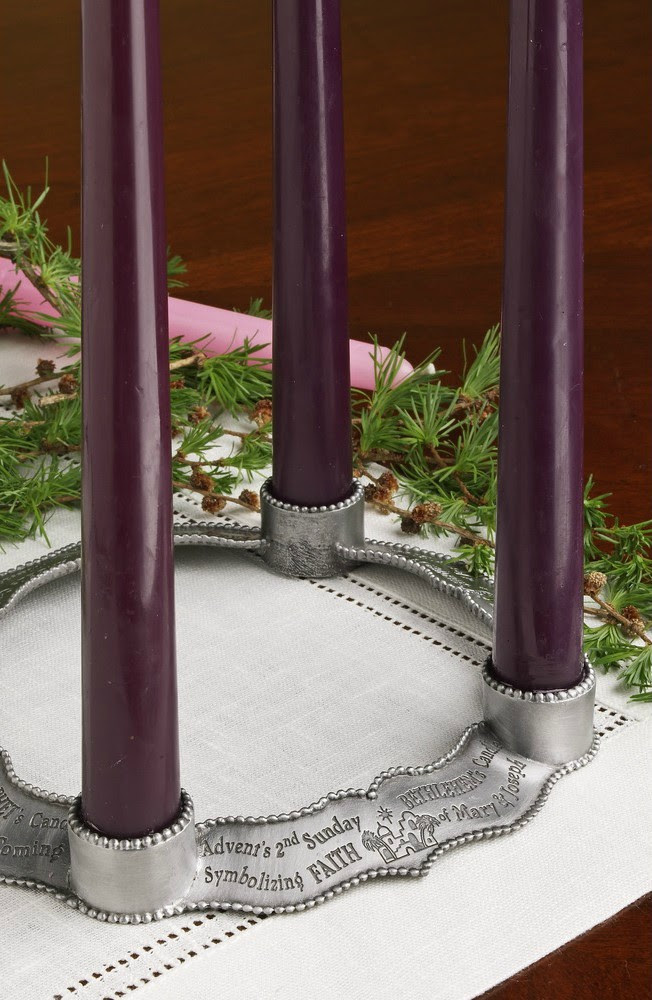 Advent presents a wonderful opportunity to help children stay focused on the coming of the Christ Child rather than on materialistic desires. In fact, celebrating Advent helps to combat the commercialization of the season.

There are many activities that we can do to keep the traditions of Advent alive in our homes: the Advent wreath, the Advent calendar, the Jesse Tree, the Nativity, paper chains, sacrifice manger with straw. These are all fun ways to keep kids involved and to explain to them the symbolism of the Advent season.

For more information on Advent traditions with children, see the Advent and Christmas Handbook or these books on Advent.

Prepare Well for the Season of Christmas

Let us remember why Advent is called a Little Lent, and prepare ourselves appropriately in the coming days. Advent can serve as a reminder of how we should be living our lives and is a new opportunity to put ourselves in order:

It will not be easy; we will feel the pressures of the secular world, the urgency of the season, and the expectations of others. But we have the power to make choices, however small, and set aside time to focus on what the Church offers us these four weeks before Christmas. The path to transformation lies open before us, and is spread with hope.
—Good Catholic: Great Advent

Are you looking for something special this Advent? Adults need resources, just as children do! The online series Good Catholic: Great Advent is a devotional for adults that prepares them for Christmas through a holy Advent. It includes daily articles and videos that can be absorbed in about 10–15 minutes a day. See if this is what you've needed all along! 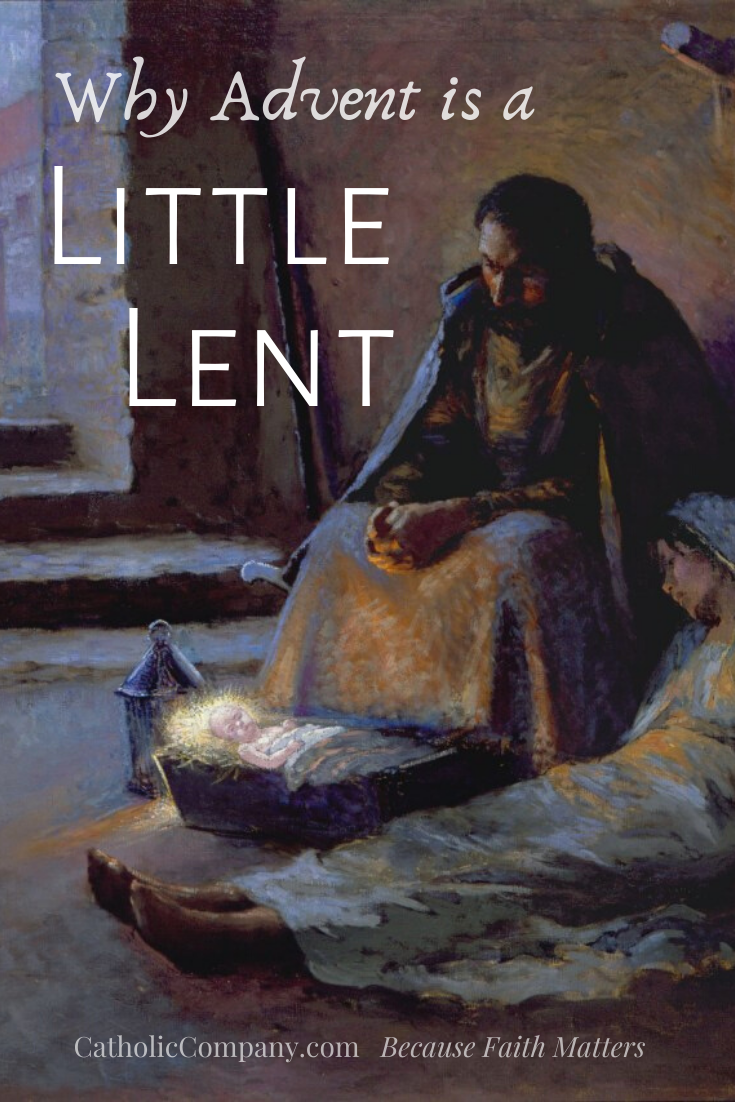